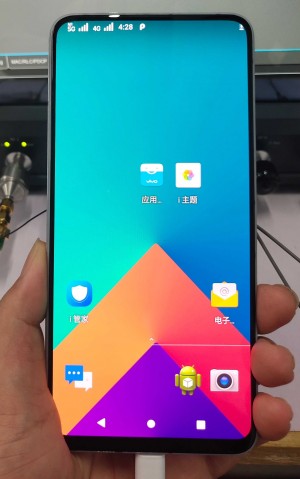 Less than a month after Oppo’s successful test of 5G modems, another BBK Electronics company has announced that it has reached another milestone towards delivering 5G-ready smartphones.

In a press message, vivo stated that it developed a 5G smartphone by modifying its current vivo NEX S flagship and slapping in a Qualcomm’s X50 modem, introduced back in February.

The device setup included a non-standalone architecture model that combined both LTE and NR (New Radio) antennas, based on 3GPP Release 15 standards. The test has completed the first phase of protocol and tests with Keysight UXM 5G signaling.

The next step ahead of vivo towards its development of an actual 5G phone is entering further IODT tests with 5G infrastructure and networking equipment with the modified vivo NEX S. The company says its ultimate goal is launching its first batch of commercial 5G devices by 2019.

According to the company, China Mobile and Qualcomm have been key partners in the 5G rollout, so we can probably expect the first 5G phones to launch in vivo’s homeland.