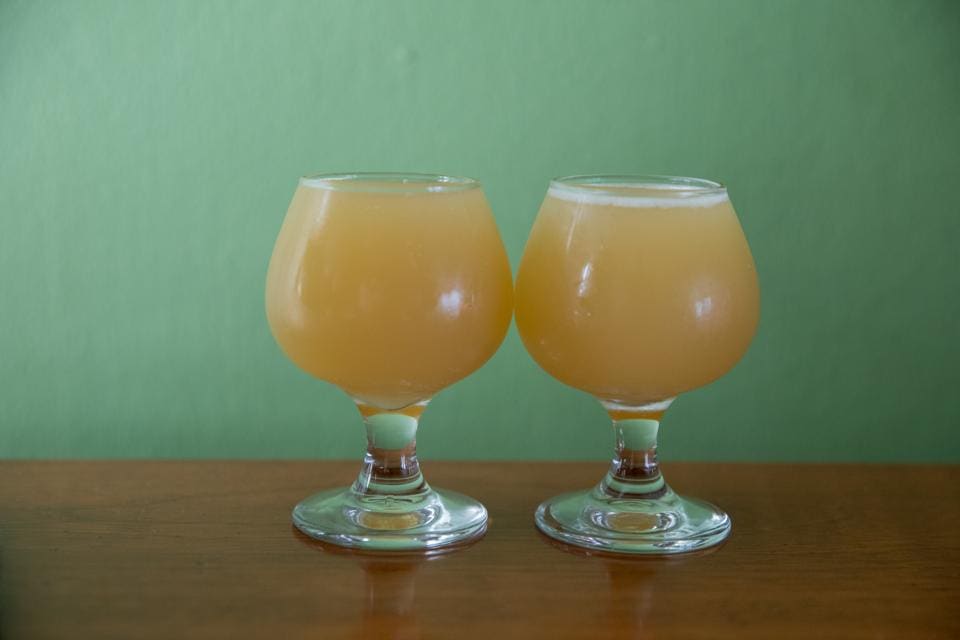 Vermont’s Hill Farmstead Brewery has won top honors in Ratebeer.com’s annual compilation of the world’s best breweries, as voted on by the website’s unpaid citizen reviewers. The rustic New England brewery ranked number one out of 30,800 breweries reviewed throughout 2018. The award is calculated using ten different weighted scales that include factors like most recent reviews and performance of a brewery across various beer styles, based on a five-point scale.

RateBeer founder Joe Tucker says, “Larger, internationally brewed and/or distributed brands are still making the top 100. This is somewhat surprising to me, considering that 20 years ago, one of the definitions of craft beer involved making beer from small, single batches. It’s obvious now that many breweries are making quality beers at scale.”

California cult brewery Russian River Brewing, which just opened a massive destination brewery near its existing brewpub in Sonoma County, came in second, followed by Trillium Brewing, Cigar City Brewing and Tree House. Along with Hill Farmstead, Massachusetts breweries Trillium and Tree House are revered for creating the hazy New England-style IPA, though conspicuously absent from the top 100 is Vermont’s former darling The Alchemist , which first popularized the style with Heady Topper double IPA in 2011. 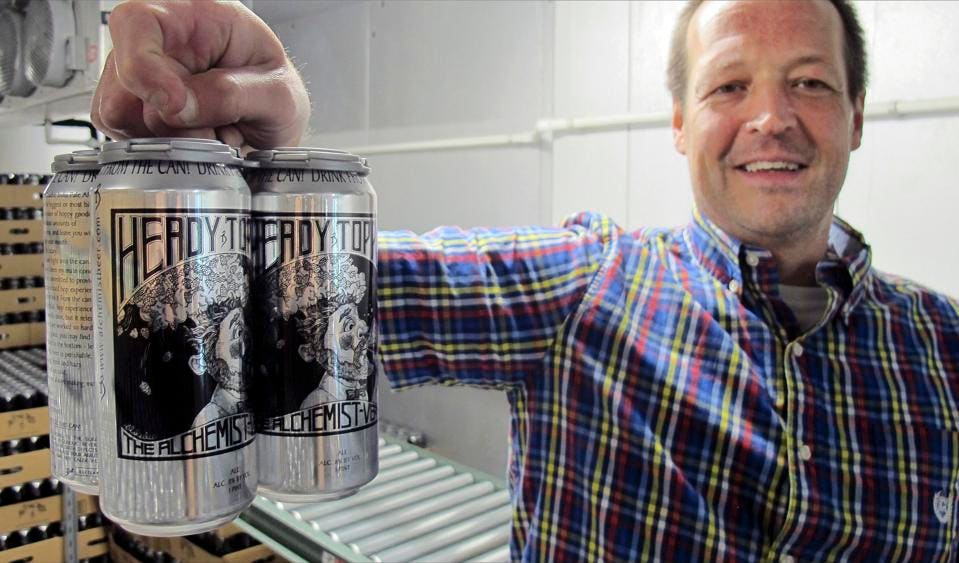 In this Aug. 1, 2018 photo, retail manager Jay Meeks holds a four-pack of Heady Topper at The Alchemist brewery in Stowe, Vt. The woods of northern New England are luring beer tourists. No discussion of beer in Vermont is complete without The Alchemist, a family run brewery that specializes in fresh, unfiltered IPA. (AP Photo/Wilson Ring)ASSOCIATED PRESS

Trillium fell under intense scrutiny late last year when a former employee broke news that owners of the rapidly expanding business had cut wages and allegedly served subpar and adulterated beers in certain cases. Owners later raised the wages of those affected. Tampa-based Cigar City had a much better year overall, becoming the fastest-growing brewery in the country not long after getting acquired by Fireman Capital Partners, the investment firm that owns Colorado’s Oskar Blues Brewery and others.

After Cigar City, the only top 20 breweries to be owned by larger companies are Founders Brewing, a Grand Rapids, MI, stalwart partially owned by Spanish beer conglomerate Mahou-San Miguel, and Firestone Walker, based in Paso Robles, CA, and now owned by Belgian brewery Duvel-Moortgat. Founders faced its own problems last year, with some fans turning against the brand when an African-American former employee sued for discrimination. Founders has denied some but not all of the accusations. Despite that, Founders is experiencing remarkable sales growth in a slowing beer economy, thanks in large part to its latest disrupter brand, All Day IPA. Because of its ownership structure, Founders is the highest-ranking brewery on the list not considered “craft” by the Brewers Association trade group.

Chicago’s Goose Island Beer ranks #60 on the list, a notably low number for the appearance of the first brewery owned by Anheuser-Busch InBev (AB InBev). In 2017 Tucker sold a stake of RateBeer to XZ Ventures, an investment arm of AB InBev, to worldwide cries that the planet’s biggest brewer would nefariously influence one of the nation’s two best-known and reputable beer review sites. Wicked Weed Brewing in Asheville comprises AB InBev’s only other entry — at #97.