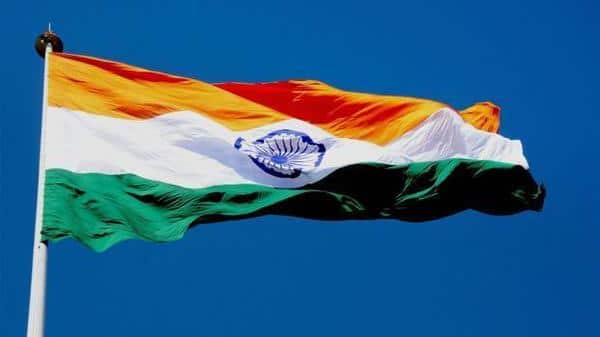 India successfully thwarted a move by China and Pakistan late Friday to censure India at the UN Security Council (UNSC) in the wake of India revoking Article 370 of its constitution, but it was not without a few tense moments.

That came in the form of Britain, seen as India’s strategic partner, backing China’s suggestion that an informal outcome be announced through UNSC president Joanna Wronecka. This could have been interpreted as a statement on the situation in Kashmir that would have been a boost for Pakistan. What critically strengthened the view in favour of India within the UNSC were the steps announced earlier in the day on Friday to restore normalcy in Kashmir.

Ahead of the UNSC meeting in New York, the thinking in New Delhi was that India would have the support of key members of the council to ensure that any moves to internationalise the Kashmir dispute through a statement were checkmated. This was after many days of hectic diplomacy with India briefing all 15 members of the UNSC — five permanent and 10 non-permanent members — in New Delhi, New York as well as in their respective capitals.

Friday’s UNSC meeting was called after China, a permanent member of the UNSC and close ally of Pakistan, had asked for “closed consultations” in the council on India integrating Kashmir more closely with the rest of the country. Pakistan had condemned the move and China had expressed strong reservations over the Indian action. The last time Kashmir was on the UNSC agenda was in 1965. And since 1971 India and Pakistan as a subject have not figured at the UNSC.

But at the end of the consultations on Friday, when China suggested that an informal outcome be announced by Wronecka, this was backed by Britain. However, some other permanent members of the UNSC were against this move and were of the view that India and Pakistan sort out their differences over Kashmir bilaterally, two people familiar with the developments said.

A last-ditch attempt by Pakistan to garner support from the US ahead of the meeting did not work. Pakistan’s Prime Minister Imran Khan had placed a telephone call to US President Donald Trump on Friday where the UNSC consultations figured in a big way. According to Pakistan Foreign Minister Qureshi, Khan took the US President “into confidence” regarding the UNSC meeting.

But that the US would not back Pakistan on this one became clear when a White House readout of the conversation said that Trump “conveyed the importance of India and Pakistan reducing tensions through bilateral dialogue” regarding the situation in Jammu and Kashmir.

That India had already announced steps leading to normalcy in Kashmir earlier on Friday helped play a key role too in fashioning this outcome, one of the people cited above said. India’s permanent representative to the UN Syed Akbaruddin later told reporters that the UN Security Council had appreciated India’s efforts to restore normalcy announced by Jammu and Kashmir chief secretary BVR Subrahmanyam. These included restoration of lines of communication from Friday, reopening of schools from Monday and a gradual easing of restrictions on those detained like former chief ministers Omar Abdullah and Mehbooba Mufti. Twelve out of 22 districts were functioning normally with some limited restrictions in five districts, Subrahmanyam had said in Srinagar.

“The Chief Secretary of the Union Territory of Jammu and Kashmir announced a whole set of measures that the government is undertaking to move towards normalcy. We are gratified that the Security Council in its closed consultations appreciated these efforts, acknowledged them and indicated that this was the direction in which they would like the international community to move,” Akbaruddin said in his briefing to reporters. He also said India was committed to all agreements it had signed on the issue. India would sit down to talk with Pakistan when the latter’s support for terror ceased, he added.

In his comments, Akbaruddin said that “for the first time after the end of Security Council consultations, we noted that two states (China and Pakistan) which made national statements tried to pass them off as the will of the international community.” He was referring to separate press briefings by the Chinese and Pakistani representatives to the UN in New York.

Zhang Jun, Chinese ambassador to the United Nations, told reporters that members of the UNSC generally felt that both India and Pakistan should refrain from taking unilateral actions over Kashmir. The situation in Kashmir is “already very tense and dangerous,” said Chinese ambassador Zhang Jun.

Pakistan’s Maleeha Lodhi said the voices of the people of Jammu and Kashmir were heard on Friday at the meeting of the UNSC. “They are not alone, their voices have been heard, their plight, their hardship, their pain, their suffering, their occupation and the consequences of that occupation has been heard in the UN Security Council today,” she was quoted as saying by media reports.

Akbaruddin said India’s position was and remains that matters related to Article 370 of the Indian constitution were entirely internal with no external ramifications. Without naming Pakistan, he said there were some countries that are trying to project an “alarmist approach” to the situation in Kashmir, which is far from the ground realities.